You are here: Home / Archives for MRI dye 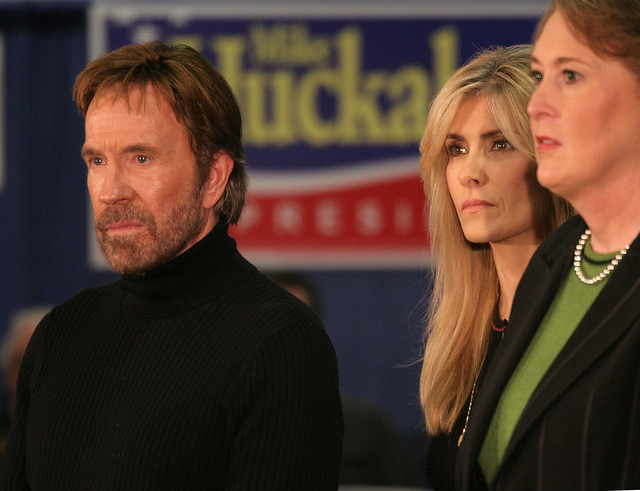 Many years ago, I had the pleasure of meeting actor Chuck Norris several times. He was always very pleasant, polite and friendly. Those are memories, like many of us who meet and speak with a famous celebrity, that we will always cherish.

That’s why when I saw a news story about how having several MRIs almost killed Norris’s wife, Gena, I listened intently to the report from investigative journalist Sharyl Attkisson.

After having some routine medical tests, Gena didn’t feel right. In the interview with Attkisson, she stated:

“I just heard that still small voice deep inside of me that said, Gena your body is dying. And I walked out of the bathroom and he just took one look at me and he knew; I’m about to lose my wife.”

“Well I saw death in her eyes. I saw her dying and I said, you know, I’ve got to do something.”

Gena Norris suffers from rheumatoid arthritis. Doctors had ordered three different MRIs to determine the degree of her arthritis. No problem, millions of Americans get MRIs all the time. And many of those MRIs, like the ones that Gena had, used gadolinium dye. It’s used as a contrast dye to help doctors sew what’s going on inside. In fact, contrast dyes like gadolinium are used in about a third of the 60 million MRIs performed every year.

Supposedly, gadolinium dye is harmless and is quickly (within hours) passed out of the body in one’s urine. However, in Gena’s case, the dye was not passed out of her body, but accumulated at dangerous levels and after three MRIs with dye, she felt like she had been poisoned and in fact, she had. She told Attkisson:

“I was in the emergency room for like 5 or 6 nights in a row and the symptoms had continued to get worse and worse. And by the fourth, fifth, sixth night, the burning just kept traveling and I would go in and they’d say, well what’s wrong with you? And I’m like I, I don’t know. I don’t feel good. And I’m just, I’m burning. I, that’s all I can tell you is I’m burning all over. I feel like I have acid everywhere in my tissues, I’m just, I’m on fire.”

At the hospital, they tested her for everything under the sun, including cancer, Parkinson’s, ALS and multiple sclerosis, but all the tests came back negative. In desperation, Gena began her own investigation into what possible could be wrong and found literature citings of being poisoned by a toxic metal during MRIs. The toxic metal is gadolinium, the common dye given to her and millions of others.

Again, Gena described what happened next:

“When we got to the hospital in Houston this last time, and I’m so bad and I said, listen, I am sober enough in my thinking right now, because I had such brain issues going on, I said I’m only going to be able to tell you this one time and I need you to listen to me very closely. I have been poisoned with gadolinium or by gadolinium and we don’t have much time to figure out how to get this out of my body or I am going to die.”

It took intensive treatment at a Reno hospital and then some alternative medicine in China to bring Gena back to life and restore some of her health.

Chuck and Gena explained that most healthcare insurance policies do cover MRIs and the use of the dye, but few cover the treatment someone like Gena needs to overcome the poisoning caused by the gadolinium dye.

The use of the gadolinium contrast dye demonstrates a major concern with many healthcare policies. The policies cover the use of the dyes, but not the treatment from being poisoned by the dyes. Why? It’s our bureaucratic system and the greed of the insurance companies.  Will this be fixed with the new GOP healthcare plan to replace Obamacare? Doubtful it will. Perhaps a reason to contact your Senator now and bring this issue to their attention.

From the time we were little kids, our parents were constantly on us about … END_OF_DOCUMENT_TOKEN_TO_BE_REPLACED