You are here: Home / Food / Can Diet Changes Help Calm Children With ADHD? 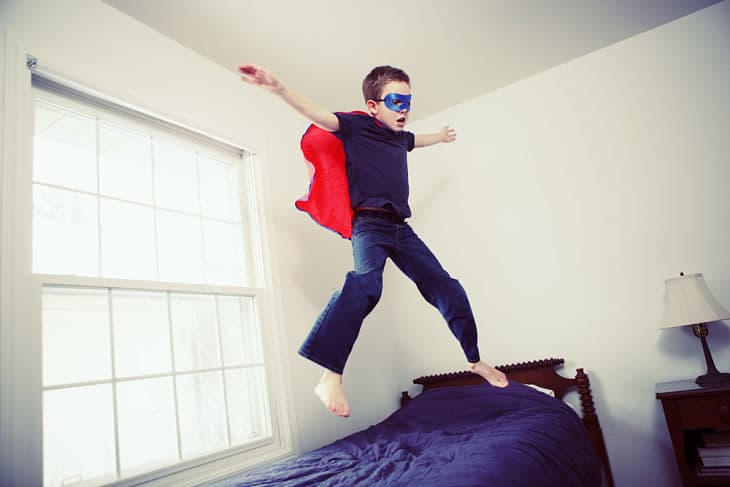 According to findings published in the journal Pediatrics in February, the Mediterranean diet, mostly comprised of vegetables, nuts and healthy fats, may be linked to a lower risk of a child’s attention deficit hyperactivity disorder diagnosis. It’s thought that the diet’s omega-3 fatty acids and nutrients may combat dietary imbalances pertaining to cognitive and physical growth. At the same time, the researchers noted that such findings don’t point to a direct cause and effect between foods that are consumed and ADHD, but rather that such knowledge may be beneficial when creating dietary strategies to help improve quality of life.

Dr. Sanford Newmark, head of the Pediatric Integrative Neurodevelopmental Program and Medical Director at the Osher Center for Integrative Medicine at the University of California–San Francisco, says that a “sensible diet is important for all children, but especially those with ADHD.”

Newmark explains that his approach almost always involves an elimination diet, which weeds out certain food choices until more desirable moods and behaviors are achieved. Common culprits that are usually eliminated, he says, involve wheat, dairy, soy, eggs, peanuts, corn, artificial coloring and artificial flavoring. “I often see dramatic improvement across the board,” he says of the elimination diet. “Hyperactivity slows down and focus increases.”

Another advocate of removing various foods from a diet in an effort to improve symptoms is Robin DeCicco, a holistic nutritionist with a private practice in Ramsey, New Jersey. “No actual foods are known to cause ADHD symptoms, but certain foods may trigger behavioral problems, aggravation or concentration difficulties in certain kids,” she says. “This can differ from child to child – some kids may be much more sensitive to sugar, food dyes, preservatives or high fructose corn syrup than others. The only way to really figure this out for sure for each child is to eliminate certain food groups for a period of time and keep a journal of the child’s behavior to document change.”

DeCicco, who coaches clients on topics ranging from ADHD and pediatric nutrition to diabetes management and irritable bowel syndrome through her the Power of Food Education program, adds that if change is significant, it’s necessary to always keep the child away from that specific food. “It’s not like foods that are actually good for you are correlated to worsening ADHD symptoms – meaning that I’d never recommend eliminating veggies, fruit, omega-3 fats, fish, lean meat protein, certain nuts and seeds and olive or coconut oils,” she says. She feels those are among the most nutritious foods to ingest. “These foods are associated with an increase in cognitive function, memory, focus and have anti-inflammatory effects on the body, which, in turn, help to stabilize blood sugar levels.”

“Kids with ADHD do poorly with refined carbs,” Newmark says, adding that eliminating soda, junk foods and the likes of waffle-and-syrup breakfasts are important. Such foods allow blood sugar to go up then drop, which can intensify existing ADHD symptoms. Instead, giving your child low-glycemic foods is ideal. Newmark suggests choosing protein, whole grains and fiber-rich foods, saying that oatmeal is a far wiser breakfast choice over sugar-laden cereals and foods with syrupy toppings.

According to the Academy of Nutrition and Dietetics, low-glycemic foods are ones that fall on the low range of a scale that rates foods from 1 to 100. The whites of potatoes, for example, come in at a whopping 98, while Greek yogurt is a healthier 11.

“In my opinion, sugar in most processed forms can surely lead to hyperactivity and can aggravate ADHD tendencies in kids who may already be prone to ADHD,” DeCicco says. Desserts, juice, sodas and candy are foods that she explains contribute to the spike in blood sugar and subsequent inability to manage ADHD symptoms. “When blood sugar is balanced – which comes from eating a diet rich in whole foods like lean protein, fiber and healthy fats – the system is usually calmer,” she says, adding that agitation, irritability and “trouble focusing on one task at a time” is common when not eating these healthier foods.

When it comes to improving focus, coffee is something else that parents should think twice about giving their ADHD child. Although some parents have turned to the stimulant as a more natural option in favor of avoiding any possible side effects of Ritalin, a prescribed stimulant often recommended for ADHD, experts say that it’s not an ideal solution.

In an ABC News story on this topic, Dr. David Rosenberg, chief of psychiatry at the Children’s Hospital of Michigan in Detroit explains that “caffeine is not the answer for real, bona fide ADHD. “I don’t want parents to be deluded into a false sense of security that if I just go to the local Starbucks, I’m going to cure my son or daughter’s ADHD.”

“Caffeine can stimulate immature neurological systems beyond children’s ability to tolerate it, which can have serious effects,” notes the American Psychological Association’s Division 43 (Family) President Terence Patterson, of the University of San Francisco in the APA’s magazine, Monitor on Psychology. “Excessive caffeine use damages the attention capacity that children need to cooperate in play, family and school environments.”

In addition to the thought that caffeine is helpful for a child with ADHD, another myth, according to Newmark, is that a child can never again ingest a certain food. “Some patients are convinced that every kid with ADHD can’t have gluten or can’t have dairy,” he says. “This isn’t true. For some this may be the case, but it’s not a blanket statement.”

The key, he explains, is observation of behaviors, eliminating certain foods and then adding certain ones back based on noted improvements. “But even if a kid is sensitive to a food, that doesn’t mean they can’t ever have it.”

From the time we were little kids, our parents were constantly on us about … END_OF_DOCUMENT_TOKEN_TO_BE_REPLACED