You are here: Home / Anti Aging / Have You Ever Wondered How You Could Improve Your Eye Vision? Have you ever noticed a strange little worm-like speck drifting aimlessly about in your field of vision? These annoying little squiggly lines, or “cobwebs,” are called floaters and are experienced by around 70% of people. So what are they?

Floaters are actually shadows cast by objects suspended in the clear, gel-like substance that makes up the majority of the eye’s interior. This substance is called vitreous humor and helps to maintain the eye’s round shape. After passing through the lens, focused light has to pass through the vitreous humor in order to reach the retina at the back of the eye. It’s mostly composed of water but also contains proteins and various other substances. 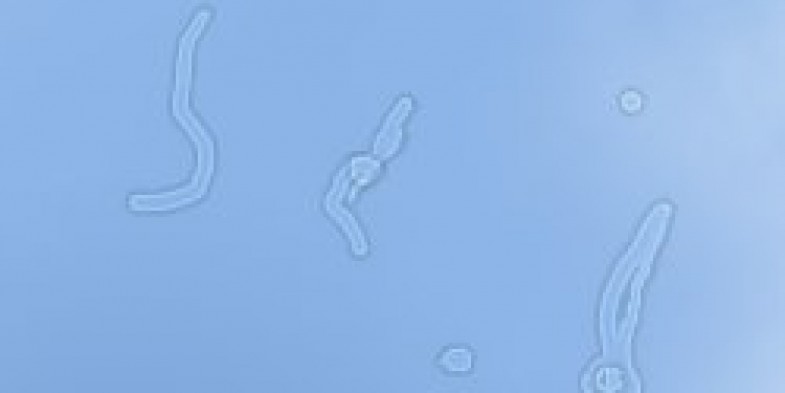 Floaters are normally merely proteins of the vitreous gel that have clumped together. These stringy clusters of proteins block light and therefore cast a shadow on the retina. These floaters usually appear as transparent circles or tadpoles and stay permanently in your eye.

Sometimes, small hemorrhages in the eye can cause floaters as red blood cells enter the vitreous. This can occur if the gel pulls on blood vessels located in the retina. These floaters might take on a smoky appearance and disappear as the blood is absorbed.

Lastly, floaters can be caused by shrinkage of the vitreous gel that occurs naturally as we age. As the vitreous pulls away from the retina, bits of debris can enter the gel and become floaters. These usually look like cobwebs.

Floaters are particularly pronounced if you gaze at something particularly bright, such as a piece of white paper or a blue sky. You’ll notice that they move as your eyes move and appear to zoom across your eye as you try to look at them directly.

Floaters are usually just an annoyance that people get used to, but sometimes they can hamper vision and therefore require surgery. This procedure involves removing the vitreous and replacing it with a saline liquid.

How To Improve Eye Sight In A Natural Way?

Here are some tips to improve your eyesight naturally. 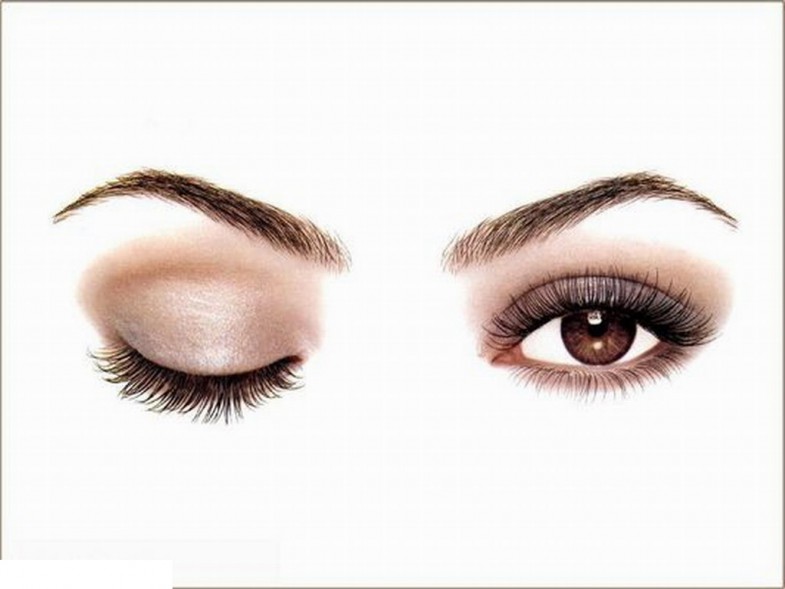 Frequent and gentle blinking is essential to maintaining healthy eyes and optimal vision because it allows your eyelids to keep your eyes coated with three beneficial layers of tears:

-The first layer of tears lies right up against the whites of your eyes, and provides an even coat of protein-rich moisture for the second layer to adhere to.
-The middle watery layer helps to wash away foreign debris. It also nourishes the cornea of your eyes with minerals, a variety of proteins, and moisture.
-The third outer layer of tears is somewhat oily. It serves to prevent the middle watery layer from evaporating quickly, and provides needed lubrication between your eyes and your eyelids. 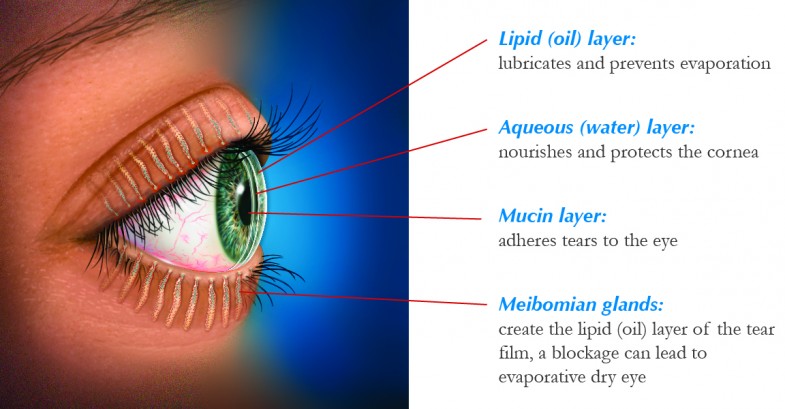 If your eyes are not regularly coated with the three layers of tears described above, they will be deprived of ongoing nourishment and cleansing, and they will be unnecessarily strained.

One of the reasons why many of us don’t blink as often as we should is that we don’t see frequent blinking in mainstream media. Actors and anchor-people are typically trained to blink as infrequently as possible, so when we take in most forms of media, our subconscious minds learn that it isn’t normal to blink frequently.

To optimally support your eyes and vision, it’s best to blink softly every two to four seconds, which translates to about fifteen to thirty blinks per minute. By consciously making an effort to softly blink at this rate, over time, your body will turn your conscious efforts into a subconscious habit.

Notes On Blinking to Promote Optimal Eye Health and Vision:

-soft and natural blink should occur like the light flap of the wings of a butterfly – this is a good image to visualize as you make an effort to blink softly every two to four seconds.
-You should blink regularly during all activities, including reading, working on the computer, and viewing a TV program or film.
-Contact lenses can discourage frequent blinking because the back side of your eyelids is not designed to rub over an artificial surface. This is one of several good reasons why contact lenses should be avoided whenever possible.
-Some yoga and meditation instructors suggest doing exercises that involve fixating your vision on one object – such as the flame of a candle – and doing your best not to blink. Frequent blinking while doing this type of exercise doesn’t take away from the ability to experience inner stillness. 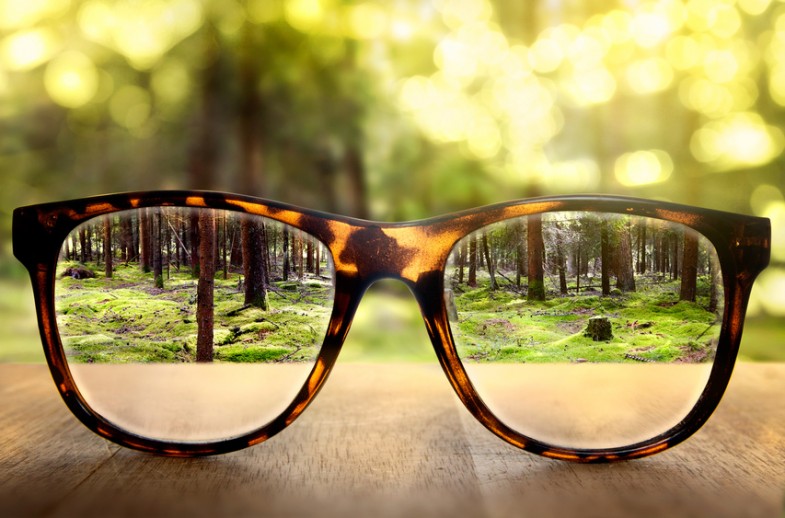 The following techniques are based on these premises: First, that the art of seeing-like other fundamental skills such as talking, walking, and using one’s hands-is acquired. Second, this skill is normally learned through unconscious self-instruction in childhood. Third, for many of us in today’s pressure-packed world, the only way to keep perfect sight is to practice techniques of conscious eye relaxation. Finally, if the exercises are performed correctly for a sufficient length of time-in conjunction with a proper diet and a physical conditioning program-eyesight will show permanent improvement.

It’s best to “palm” while sitting or lying on the floor, with your elbows propped on a cushioned surface. Close your eyes and then cover them with the palms of your hands, crossing the fingers of one hand over those of the other on your forehead.

Don’t, however, apply any pressure on the lids with your palms. Ideally, you’ll “see” a field of intense blackness, which indicates a state of perfect relaxation. If instead you witness illusions of light, bright color, or patches of grey, you’re tense to some degree. However, don’t concentrate on trying to “see” blackness, as the effort itself will produce strain. Rather, passively visualize a pleasant memory-one that helps ease your mind-while keeping your shoulders and neck relaxed. The more frequent and lengthy the periods of palming, the more likely you are to school your eyes to reduce muscle tension, with subsequent benefit to your sight. 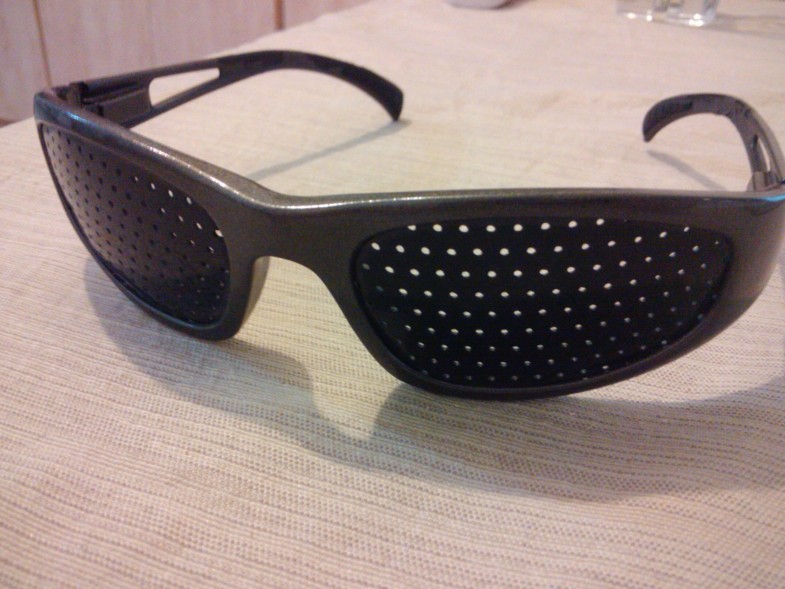 Pinhole glasses, also known as stenopeic glasses, are eyeglasses with a series of pinhole-sized perforations filling an opaque sheet of plastic in place of each lens. Similar to the workings of a pinhole camera, each perforation allows only a very narrow beam of light to enter the eye which reduces the size of the circle of confusion on the retina and increases depth of field. In eyes with refractive error, the result is claimed to be a clearer image.

Unlike conventional prescription glasses, pinhole glasses produce an image without the pincushion effect around the edges (which makes straight lines appear curved).

After prolonged use, the plastic grating should become easy to ignore. With certain eye exercises such as those below, pinhole glasses can permanently improve eyesight. Skeptics argue that no scientific evidence has been found to support them. Due to a lack of formal clinical studies to substantiate this type of claim by companies selling pinhole glasses, this type of claim is no longer allowed to be made in the United States under the terms of a legal settlement with the Federal Trade Commission, however empirical evidence suggests they do work. 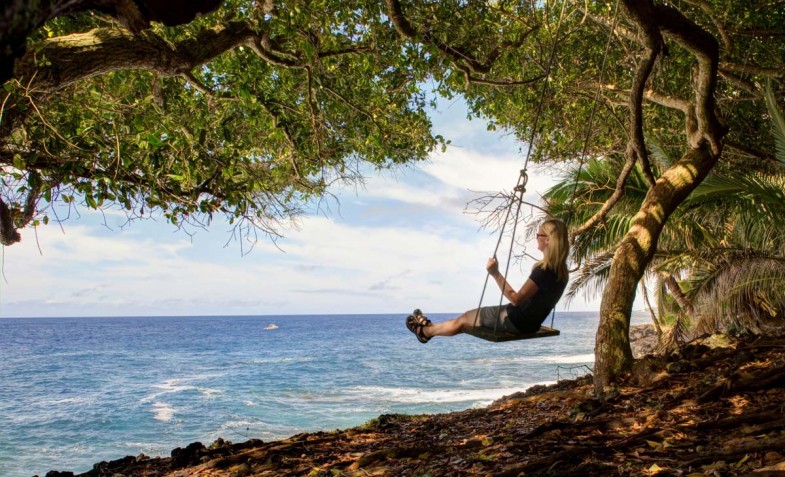 This whole-body exercise improves vision, relieves fatigue and stress, and increases the mobility of the eyes. Stand looking straight ahead, with your feet positioned about 12 inches apart. Now, rotate your body-head, trunk, and all-to the left, throwing your weight onto your left foot while you allow your right heel to rise from the floor. Keep your shoulders and neck straight. When you swing to the opposite side, shifting your weight to your other foot, your eyes will cover a 180 degree arc. Absolutely no attempt should be made to focus your sight on anything. Just maintain an attitude of passive relaxation, making about 30 of these “arcs” per minute. You should do this exercise twice daily, completing the swing from side to side 100 times. By doing your swings right before bedtime, you’ll prevent eyestrain from occurring during sleep. 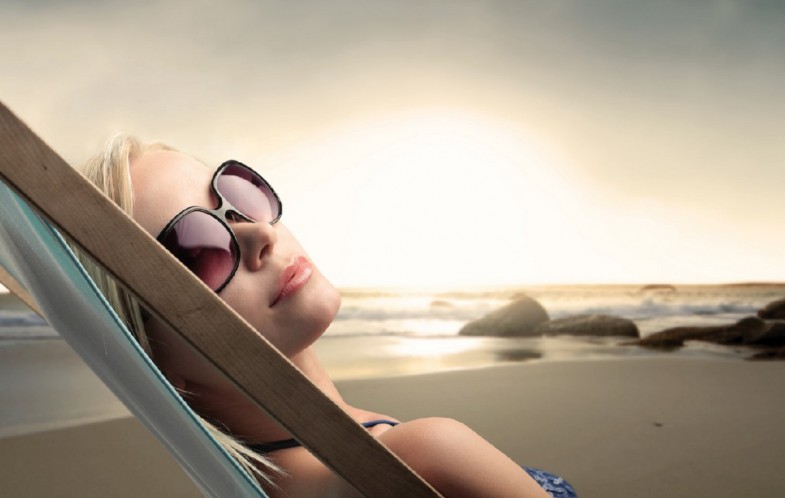 Although there’s no scientific evidence available to prove that sunning helps vision, many people who have tried it testify to its benefits, particularly those whose eyes have become oversensitive to light.

All sunning should be done with the eyes closed. Sit or stand in the sunlight, face relaxed, and let the rays of the sun penetrate and ease the tension in your eyelids. This is a good way to start off the day, and even a few minutes will help. To avoid possible strain on your eyes, rotate your head slightly from side to side or move it as if you were using your nose to draw a circle around the sun . . . breathe deeply and don’t squint.

Central fixation refers to the fact that-since the central portion of the retina is the point of most acute vision, the eye sees only one small part of any object sharply, with all the other areas being slightly blurred. When you look at a thing, your eye shifts very rapidly over it to achieve the illusion of clearly seeing the entire object at once. To demonstrate this fact, look at an object, focusing on its topmost part. Without actually moving your focus downward, try to “see” the bottom of the object. You’ll find that its lower details don’t appear to be sharp. 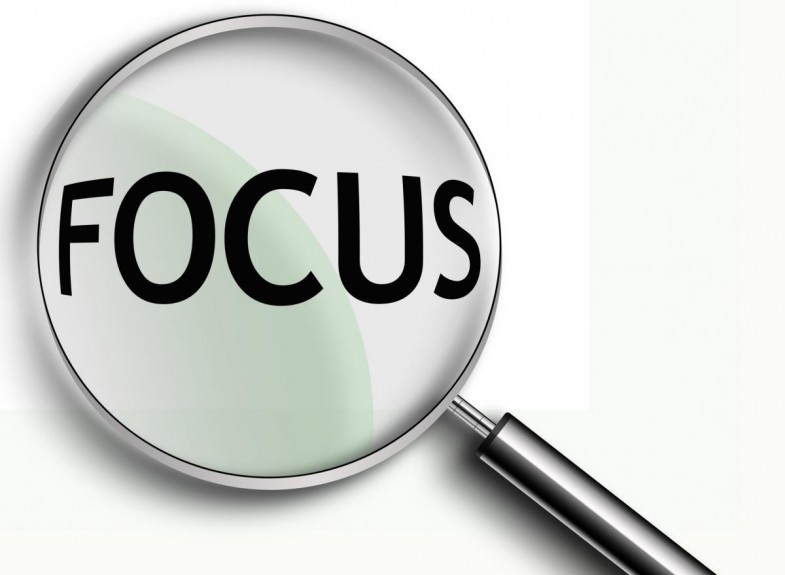 A problem-free eye shifts quite rapidly and unconsciously while it is observing. People with imperfect vision often try to see a large part of the visual field at once, all areas equally well simultaneously, without moving their eyes. This puts considerable strain on the eye and also on the brain, the organ that actually has to integrate what you see.

To correct this tendency, it’s important to develop your central fixation by teaching your eyes that it’s “acceptable” to see only one point clearly at a time. The orbs must learn to move and refocus rapidly, rather than straining to see an entire object at one sighting. You can do this by studying an eye chart, training yourself to look at the top of a letter on the chart while “accepting” an unfocused image of its bottom (and vice versa). When you can accomplish this easily, your eyes will be relaxed, and your vision will be improved. 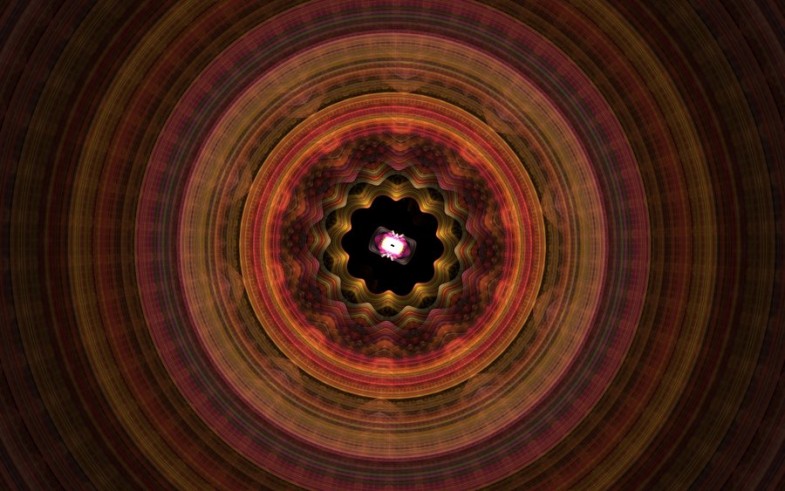 Most of us rely on our vision to supply 80% to 90% of the information we process about the world. Our sight affects the way that we think and, in addition, the way we think affects our sight. (If you don’t believe the latter statement, just remember that you actually see the world upside down. . . but your mind “inverts” the images so that they make sense!) Taking good care of this dominant sense organ, then, is obviously important. Will a regimen of eye-training exercises help you do that and even improve defective vision? There’s only one way to answer that question for yourself.

From the time we were little kids, our parents were constantly on us about … END_OF_DOCUMENT_TOKEN_TO_BE_REPLACED