You are here: Home / Food / 10 Superfoods Healthier Than Kale 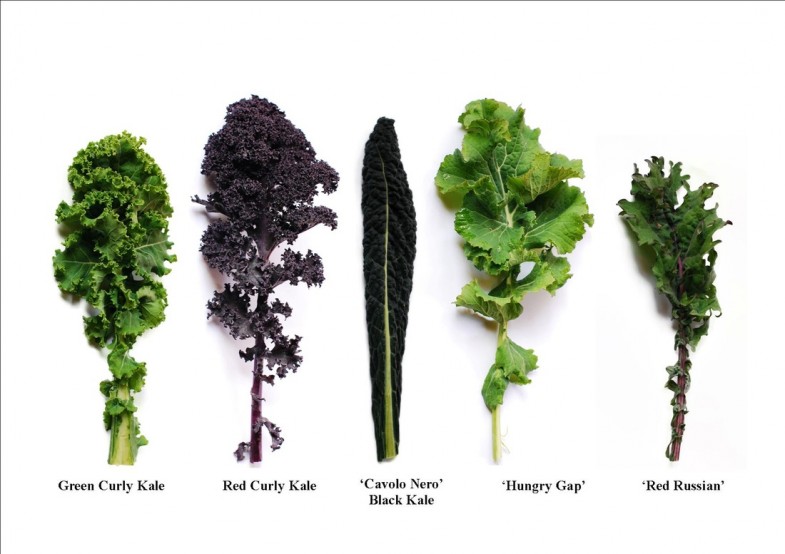 In the food world, the biggest celebrity of all might be kale — the Shakira of salads, the Lady Gaga of leafy greens. It’s universally recognized that kale anything–kale chips, kale pesto, kale face cream — instantly imparts a health halo. Even 7-Eleven is making over its image by offering kale cold-pressed juices. And yes, kale has plenty of benefits — including high levels of folate and more calcium, gram for gram, than a cup of milk.

Still, kale’s actually not the healthiest green on the block. In fact, in a recent report published by the Centers for Disease Control that ranked 47 “powerhouse fruits and vegetables,” kale placed only 15th (with 49.07 points out of 100 for nutrient density)! Here’s a roundup of the 10 leafy green cousins that researchers say pack a greater nutritional wallop. Read ’em, eat ’em, and reap the benefits. 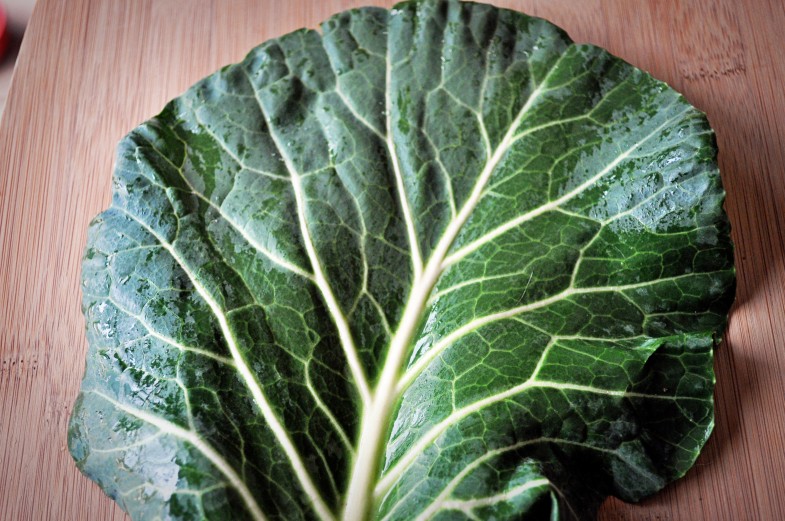 A staple vegetable of Southern U.S. cuisine, collard greens also boast incredible cholesterol-lowering benefits — especially when steamed. A recent in vitro studypublished in the journal Nutrition Research compared the effectiveness of the prescription drug Cholestyramine to steamed collards. Incredibly, the collards improved the body’s cholesterol-blocking process by 13 percent more than the drug! Of course, that won’t do you any good if you insist on serving them with ham hocks. 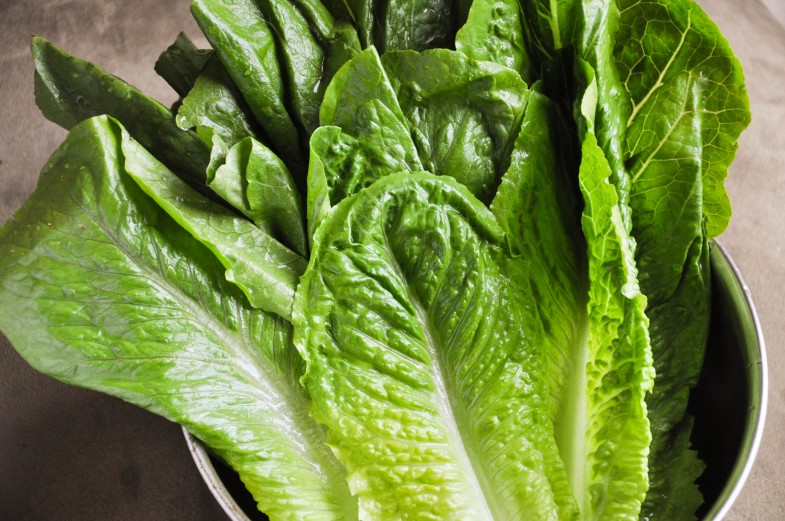 Even more so than its cousin kale, the humble Romaine lettuce packs high levels of folic acid, a water-soluble form of Vitamin B that’s proven to boost male fertility. Astudy published in the journal Fertility and Sterility found supplemental folic acid to significantly increase sperm counts. Get the man in your life to start craving Caesar salads, and you may soon have a baby Julius on board. (Ladies, this green packs health benefits for you, too! Folate also plays a role in battling depression, so change out your kale for Romaine and, while you’re at it, stock up on these other 8 Foods That Boost Your Mood.) 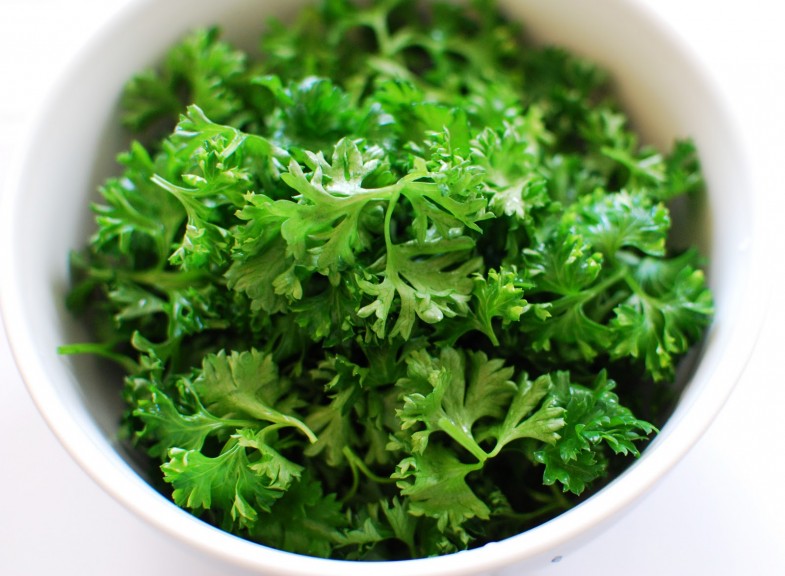 Yes, that leafy garnish that sits on the side of your plate — the one they throw away after you eat the rest of your meal — is a quiet superfood, so packed with nutrients that even that one sprig can go a long way toward meeting your daily requirement for vitamin K. Moreover, research suggests the summer-y aroma and flavor of chopped parsley may help control your appetite. A study in the journal Flavour found participants ate significantly less of a dish that smelled strongly of spice than a mildly scented version of the same food. Adding herbs, like parsley, creates the sensory illusion that you’re indulging in something rich — without adding any fat or calories to your plate. 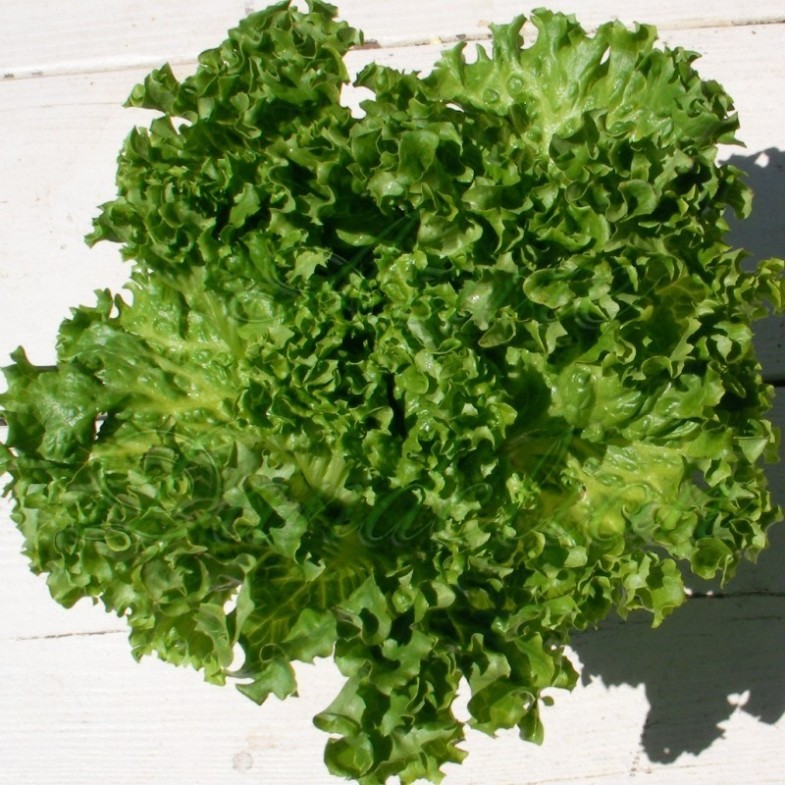 The nutritional Clark Kent of the salad bar, this common and unsuspecting leafy green is ready to take its place among the superfoods. Two generous cups of lettuce provides 100 percent of your daily vitamin K requirement for strong, healthy bones. A report from the Nurses’ Health Study suggests that women who eat a serving of lettuce every day cut the risk of hip fracture by 30 percent than when compared with eating just one serving a week. (What other foods might you be underestimating? Find out which are in your kitchen now in our 6 Surprising Superfoods.) 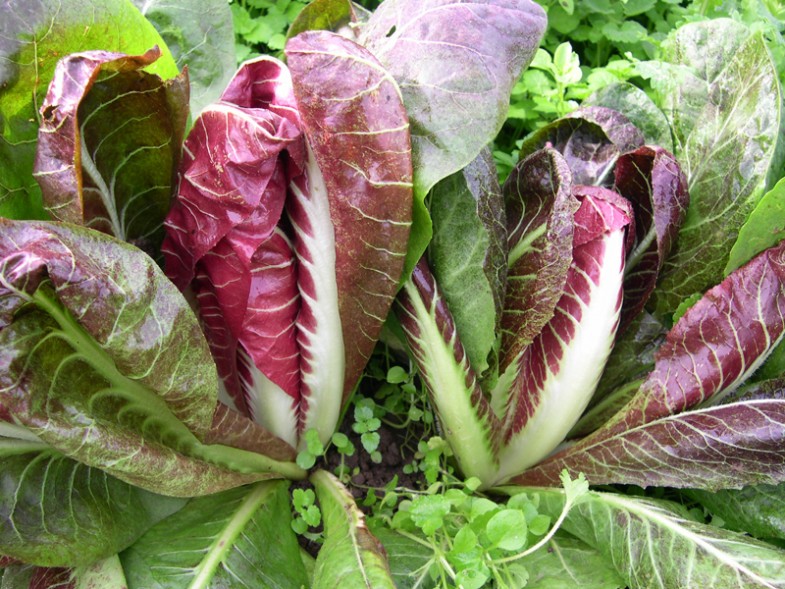 Chicory is a family of bitter greens, but its most well-known member is radicchio, the small red or purple leaf that comes in a head about the size of a softball. It’s one of the best dietary sources of polyphenols — powerful micronutrients that serve a role in preventing disease. A study in the Journal of Nutrition found that people who consume 650 mg a day of polyphenols have a 30 percent chance at living longer than those who consume less than that. A cup of chicory leaves clocks in at about 235 mg (double that of spinach!), so consider adding a little leafy red into your leafy greens. 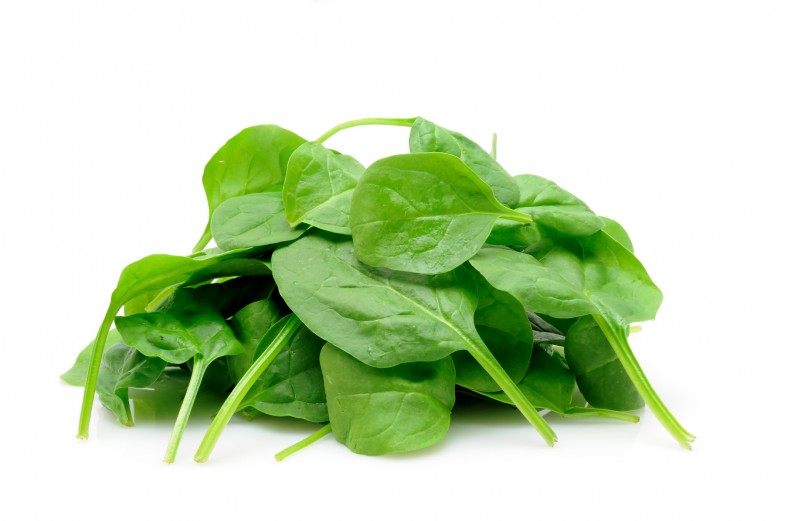 Spinach is to kale what Michael Jordan is to LeBron James — the once unrivaled king now overshadowed by the hot new thing. But like MJ, spinach has a few more championship rings than its more current rival — primarily its position as a top source of biceps-building iron. According to the United States Department of Agriculture, a 180 gram serving of boiled spinach provides 6.43 mg of the muscle mineral — that’s more than a 6-ounce hamburger patty! Recent research also suggest compounds in the leaf membranes called thylakoids may serve as a powerful appetite suppressant. A recently published long-term study at Lund University in Sweden found that having a drink containing thylakoids before breakfast could significantly reduce cravings and promote weight loss. On average, the women who took the spinach extract lost 5.5 pounds more than the placebo group over the course of three months. (It’s easy to see why spinach tops our list of the essential 8 Foods You Should Eat Every Day.) 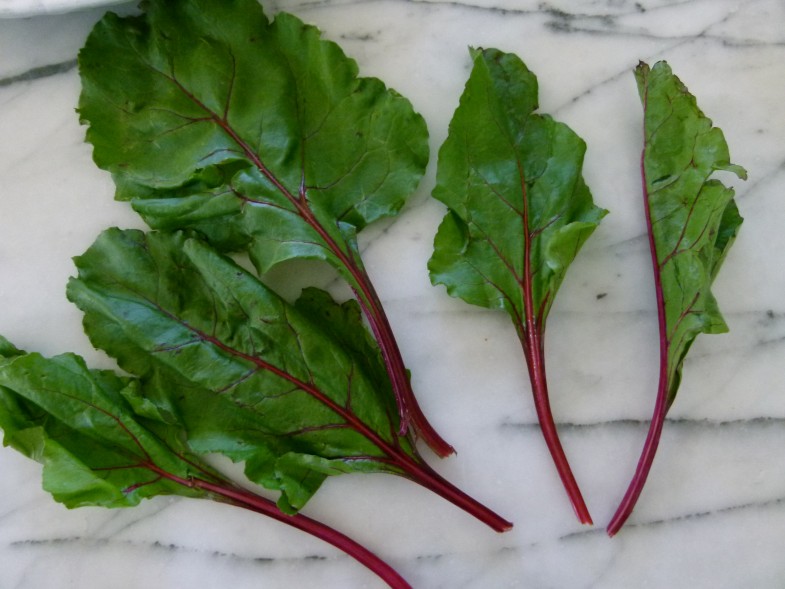 Yes, the stuff they cut off and throw in the garbage before charging you an arm and a leg for “beet salad.” A scant cup of the bitter green serves up nearly 5 grams of fiber–that’s more than you’ll find in a bowl of Quaker oats! Researchers at the University of Leeds found that risk of cardiovascular disease was significantly lower for every 7 grams of fiber consumed. Try them in stir frys and eat to your heart’s content! 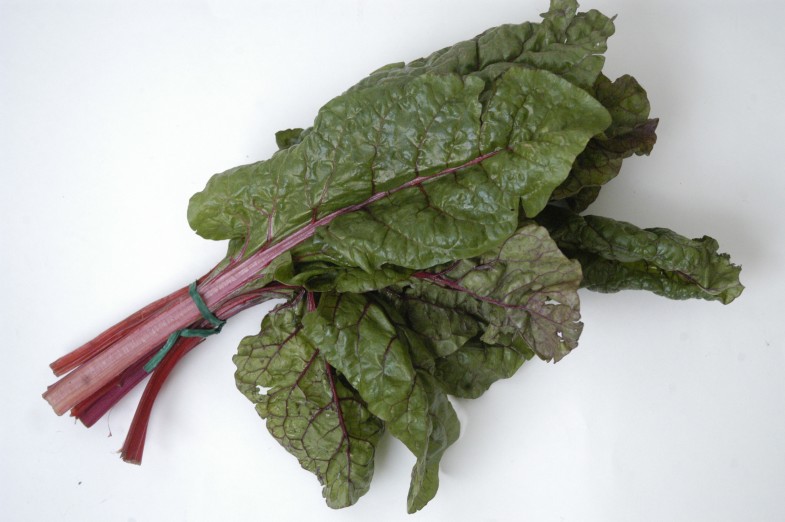 Chard. Sounds like “burnt.” It’s not as fun a name to drop as, say, “broccolini,” but it might be your best defense against diabetes. Recent research has shown that these powerhouse leaves contain at least 13 different polyphenol antioxidants, including anthocyanins-anti-inflammatory compounds that could offer protection from type 2 diabetes. Researchers from the University of East Anglia analyzed questionnaires and blood samples of about 2,000 people and found that those with the highest dietary intakes of anthocyanins had lower insulin resistance and better blood glucose regulation.

Taking the silver medal in the powerfood Olympics is Chinese cabbage, also called Napa or celery cabbage. Rich sources of highly available calcium and iron, cruciferous vegetables like the cabbage have the powerful ability to “turn off” inflammation markers thought to promote heart disease. In a study of more than 1,000 Chinese women, published in the Journal of the Academy of Nutrition and Dietetics, those who ate the most cruciferous vegetables (about 1.5 cups per day) had 13 percent less inflammation than those who ate the fewest.

The top dog, the unrivaled champion, the chairman of the cutting board, watercress may also be the closest thing yet to a true anti-aging food. Gram for gram this mild-tasting and flowery-looking green contains four times more beta carotene than an apple, and a whopping 238 percent of your daily recommended dose of vitamin K per 100 grams — two compounds that keep skin dewy and youthful. The beauty food is also the richest dietary source of PEITC (phenylethyl isothiocyanate), which research suggests can fight cancer. Results from an eight-week trial published in the American Journal of Clinical Nutrition suggest daily supplementation of 85 grams of raw watercress (that’s about two cups) could reduce DMA damage linked to cancer by 17 percent. Exposure to heat may inactivate PEITC, so it’s best to enjoy watercress raw in salads, cold-pressed juices, and sandwiches.

From the time we were little kids, our parents were constantly on us about … END_OF_DOCUMENT_TOKEN_TO_BE_REPLACED