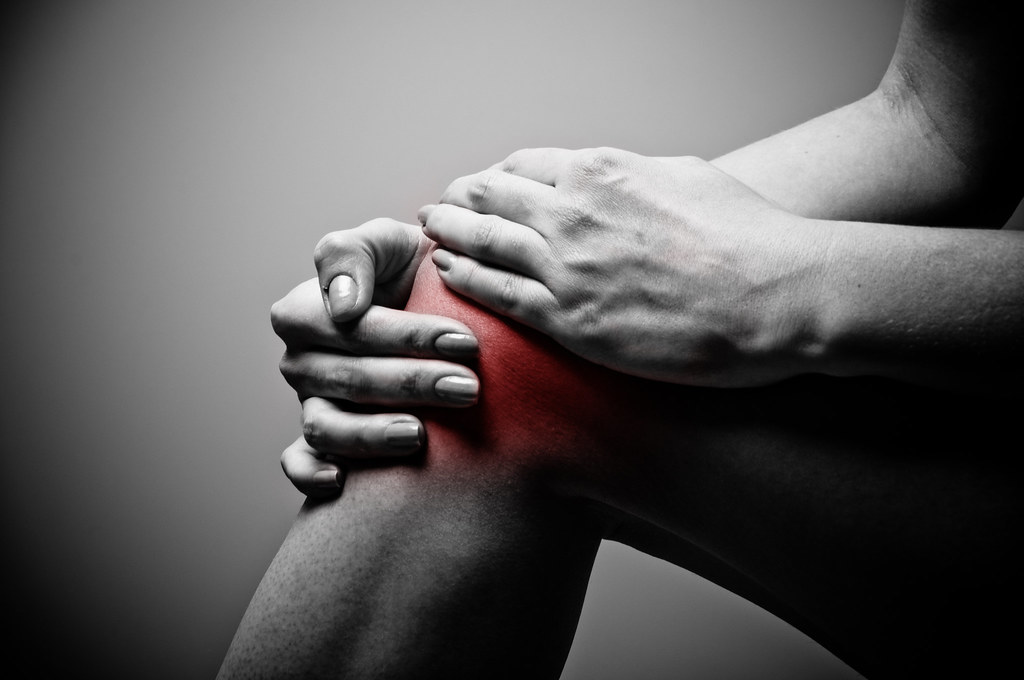 In my later teen years, I tore up both my knees from riding bulls and saddle broncs for several years. I’ve had partial tears of the anterior cruciate ligament and medial cruciate ligament in both knees and was told I needed surgery to repair them, but have never had the surgery.

When I enlisted in the US Air Force in 1975, both of my knees swelled to the size of large grapefruit during basic training. I was sent to the base hospital where I spent a week being examined and treated by several different doctors. Finally, a doctor who happened to be a full colonel, examined my knees and I’ll never forget hearing him tell me in his thick and slow southern drawl:

So ended my six-year enlistment in the Air Force. A year later, a top orthopedic surgeon in our area, who also worked on the local university athletes, told me my knees were so bad that I needed both knee joints replaced. He also told me that there was no way I could possibly stay on my feet and work eight hours a day because of my knees. At the time, I was working 8-14 shifts as a retail manager and I was on my feet most of the that time, and I never have my knee joints replaced.

Over the years, I’ve had knee trouble and have had to learn how to walk and move so that my knees don’t go out-of-joint. For eleven years after I worked retail, I read electric meters for a utility. On that job, I walked an average of 12-15 miles a day, with one particular route that clocked in around 21 miles, and yes, my knees hurt, but I managed. In fact, due to having a genetic immunity to most pain killers (not a fun trait to have), my knees have hurt 24/7 since I was 17-years-old. I’m now 65.

My weight has gone up and down over the years and I found that the heavier I was, the more my knees hurt when I walked. That’s why a particular medical article caught my attention. The article is titled: Can Dropping Some Weight Save Your Knees?

The article stated that over 50% of the people that are 75-years-old or older have osteoarthritis. They defined it as: ‘the wear-and-tear form of the joint disease in which cartilage thins and wears away’. According to the Arthritis Foundation:

“Sometimes called degenerative joint disease or degenerative arthritis, osteoarthritis (OA) is the most common chronic condition of the joints, affecting approximately 27 million Americans. OA can affect any joint, but it occurs most often in knees, hips, lower back and neck, small joints of the fingers and the bases of the thumb and big toe.”

“In normal joints, a firm, rubbery material called cartilage covers the end of each bone. Cartilage provides a smooth, gliding surface for joint motion and acts as a cushion between the bones. In OA, the cartilage breaks down, causing pain, swelling and problems moving the joint.”
Researcher Dr. Alexandra Gersing, who works in the Department of Radiology and Biomedical Imaging at the University of California, San Francisco, conducted a study on knee problems and weight. Her study found that when overweight and obese people lost 5% or more of their body weight over four years, they experienced less degeneration of the knee cartilage compared to those who did not lose weight.

She commented on the study, saying:

“Our study shows that a lifestyle intervention such as weight loss can slow the process of knee joint degeneration in patients at risk for and with osteoarthritis.”
“Therefore, it may slow the worsening of symptoms, such as pain and disability.”

“Osteoarthritis is one of the major causes of disability worldwide.”

If you are having knee pain and problems and are overweight or obese, try dieting and exercise to lose at least 5% of your body or more. The more weight you lose, the slower the cartilage in your knees will deteriorate and improve your chances to avoid having knee replacements. Trust me. I’ve been there and can tell you first hand that the more weight I’ve lost in the past couple of years, the better my knees felt and when I put the weight back on, the worse they felt.

From the time we were little kids, our parents were constantly on us about … END_OF_DOCUMENT_TOKEN_TO_BE_REPLACED